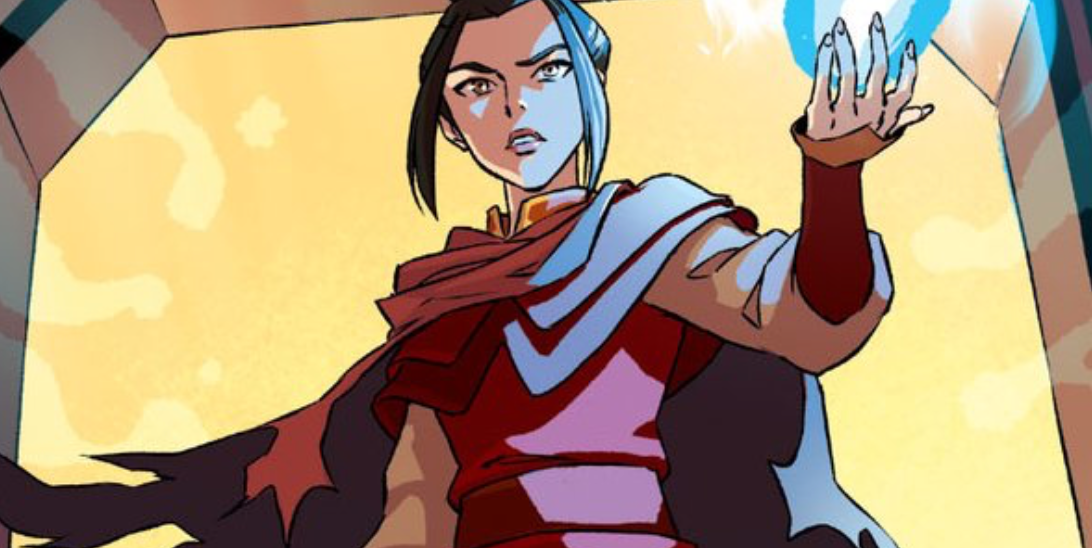 Avatar: The Last Airbender is on a high these days, and the franchise is celebrating with all sorts of projects. From a live-action television series to an animated film, it seems like everything is going Aang’s way. Now, recent reports have confirmed new graphic novels are coming for the series to expand its impressive lore, and we have been given a first look at Azula’s own outing!

After all, the girl is getting another side story, and this one will be a wild adventure to watch. During San Diego Comic-Con, Azula in the Spirit Temple was announced, and the comic just released its first cover art for fans.

As you can see above, the Avatar artwork shows Azula in her element as she wields a ball of blue fire in hand. It seems the girl has entered a temple of sorts, and the fog inside is seen making a pair of eyes above Azula’s head. Of course, she hardly noticed the situation while treading into the temple, and her ragged outfit proves Azula was on quite the journey before finding this hidden temple.

So far, fans know little about this graphic novel, but they do know it will drop in 2023. This marks the second comic to feature Azula as a lead as Avatar visited the princess during Zuko’s search for his mom. Azula returned in a second comic where she masqueraded as the Kemurikage, and the story saw the girl discover her true calling. According to Azula, she is now determined to oversee the Fire Nation as a shadow puppeteer controlling Zuko. As you can imagine, that goal is just about impossible to see through, but that will not stop her from trying. So when this new graphic novel hits shelves, Avatar fans are hoping to learn more about Azula and her journey after the Hundred Year War.

What do you think of this first look at Azula in the Spirit Temple? Are you excited to see more of this character’s journey? Share your thoughts with us in the comments section below or hit me up on Twitter @MeganPetersCB.