The Most Festive Shows To Watch In Manchester This Christmas

With a chill in the air and darker nights ahead, we understand if the excitement for Christmas isn’t quite there yet. However, here to pull us from our Grinch-like cave and have us jingling all the way to Christmas Day are a host of shows and pantomimes taking place in Manchester. From family favourites to beautiful ballet performances, playful pantos to amazing adaptations, here’s our pick of the best shows to watch this Christmas in Manchester. 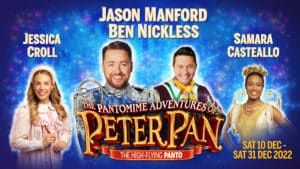 Manchester Opera House has announced that comedy superstar Jason Manford will lead the cast in The Pantomime Adventures of Peter Pan in the role of Captain Hook, joined by returning Manchester panto favourite Ben Nickless as Smee. The Pantomime Adventures of Peter Pan is produced by Crossroads Pantomimes and will feature spectacular special effects, live music, beautiful costumes and stunning sets. December 10-31. More info and tickets.

Celebrating 20 years, Ballet Black are delighted to present two new works: Say It Loud and Black Sun. Say It Loud is choreographed and directed by Ballet Black’s Founder and Artistic Director, Cassa Pancho, and charts the struggles and inspiration behind the formation of this exciting and pioneering company. The second ballet Black Sun, by acclaimed South African choreographer Gregory Maqoma (Vuyani Dance Theatre) featuring an original score by Michael ‘Mikey J’ Asante, is a work that draws energy from the sun and the moon giving rise to descendants of ancestors. December 1-2. More info and tickets. 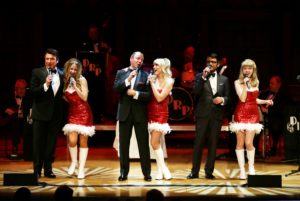 The rebellious, rambunctious spirit of the iconic 1960s medley crew arrives at the Bridgewater Hall this November, as The Definitive Rat Pack brings their Christmas party to Manchester as they embark on their festive tour. Capturing the trademark chemistry, class and camaraderie of the original Clan, the trio offers audiences a personal musical time machine and a ticket to a party with old-style Vegas spirit. The boys will bring Vegas spirit with a touch of Tinsel Town this December, with a festive programme including the ever-popular White Christmas, Baby It’s Cold Outside, The Christmas Song and Let It Snow, plus all-time favourites including Mack the Knife, That’s Amore, Mr Bojangles and New York, New York. November 26. More info and tickets.

The beloved production – which has been running since 1997 – has finally come to Manchester as part of a brand new residency, after its 2020 UK tour was postponed as a result of the pandemic. Telling the famous story of Simba and his journey to Pride Rock in a whole new way, the show is made up of over 50 actors, dancers and singers, who’ll all be performing shows at Manchester’s Palace Theatre in October 2022 right up until June 2023- but who doesn’t love a bit of Disney at Christmas time? October 2022- June 2023. More info and tickets. 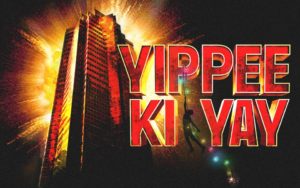 Following a critically acclaimed season at the Edinburgh Festival Fringe 2022, a beautifully gift-wrapped seasonal tour of Richard Marsh’s achingly funny rhyming retelling of classic (festive?) film Die Hard is coming to Manchester. One of the Picks of the Fringe in The Stage and Recommended by The British Comedy Guide, Yippee Ki Yay is a Christmas classic that’s not to be missed. When gunmen seize an LA skyscraper, off-duty policeman John McClane is the hostages’ only hope. This uplifting action romp (and unauthorised parody) pays affectionate tribute to the iconic 80s fan favourite. Essential viewing for Hans Gruber superfans and newcomers alike. December 8. More info and tickets. 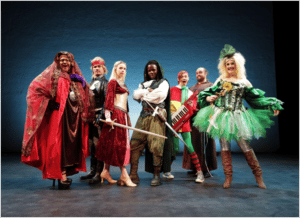 This season, Contact present something a little different…a panto 80’s remix of Robin Hood. It’s a fresh twist on the traditional, combining The Adventures of Robin Hood and the Babes in the Wood with an upbeat, sing-along, 80’s panto playlist. eight-freestyle‘s Robin Hood is a story of courage, friendship and bad puns. There’ll be plenty of laughs along the way as Robin joins forces with Maid Marion to thwart the Sheriff of Nottingham’s evil plans to kidnap the young Babes. This is a show that has it all: adventure, action, laughs, music, magic and men with mullets! December 10-31. More info and tickets. 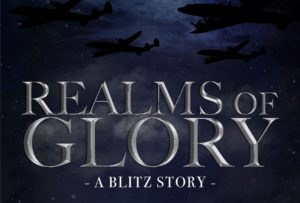 Beneath the iconic brickwork of 53two’s 150-year-old arches, expect a Christmas tale like no other that will warm your cockles and fill your hearts. It’s Christmas 1940 and the Blitz has come to Manchester. Set to a toe-tapping score inspired by the golden age of wartime music, this brand-new musical tells the story of the lively locals trying to navigate their broken world. Trapped beneath the streets, Lizzie Horton takes us on a whistle-stop tour of her life in Manchester; her formative years, a whirlwind romance with her RAF pilot husband, Bob, and encounters with her pals Mavis, Jim and Ida. Guaranteed to raise some smiles and prepare you for the Festive season, Realms Of Glory takes a heart-warming look at dealing with grief and fighting for second chances. December 14-22. More info and tickets. 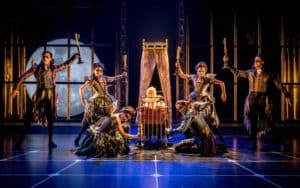 This 2022 reawakening celebrates 10 years since premiering at Sadlers Wells, becoming the fastest selling production in the company’s history. Enter a wondrous world of magical fairies and vampires, where the timeless tale of good vs evil is turned upside-down, creating a supernatural love story that even time itself cannot hinder. Will Princess Aurora ever find her true love again? With an unforgettable score by Tchaikovsky, sumptuous sets and costumes, evocative lighting and masterly storytelling, the beloved fairy tale is brought to life . Get ready to be transported in time from the halcyon days of the late Edwardian era through to the modern day in this dazzling gothic romance. November 22-26. More info and tickets.

9. Room on the Broom, The Lowry 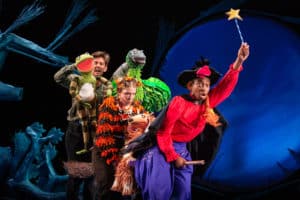 Tall Stories Olivier Award-nominated adaptation of Julia Donaldson and Axel Scheffler’s classic picture book, directed by Olivia Jacobs Room on the Broom is flying to The Lowry, Salford this festive season, following a run in London’s West End and enchanting everyone aged 3 and upwards. Jump on board the broom with the witch and her cat in this fun-filled magical musical adaptation. With enchanting puppetry, sing-a-long songs and hilarious fun, Room on the Broom is one of the most family-friendly shows in Manchester this Christmas and is a magical introduction to theatre for young children.