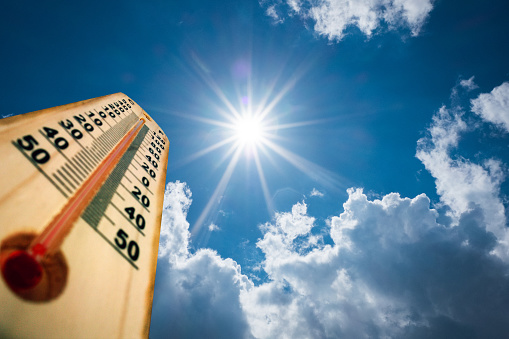 Most of Canada normally sees a temperature of 30°C at least once in the summer. Well, for this East Coast city, that’s certainly not the case. In fact, it finally reached it for the first time in nearly 3,300 days.

MUST READ: 6 long weekend must-haves for parks, picnics and camping

Over the past week, Atlantic Canada has seen a persistent flow of heat push up the East Coast. Combined with a warming Gulf Stream, it led to many cities setting new daily temperature records on Sunday, including St. John’s. 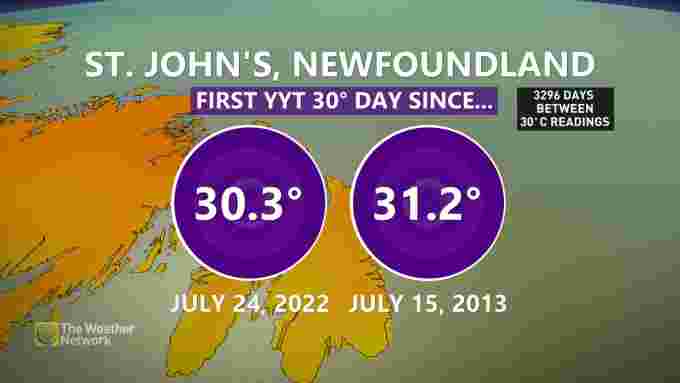 The aforementioned Newfoundland community nearly reached 30°C again Monday, but it came up short. If it did, it would have also been a feat: The last time the city hit back-to-back 30-degree days was in July 1985. 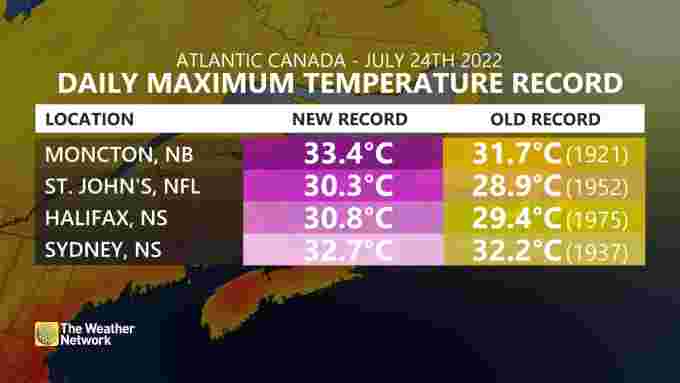 This month has seen records break across the country, even in a region where you would least expect.

July started with the heat in the Arctic Circle where Inuvik, N.W.T., reached 30°C. 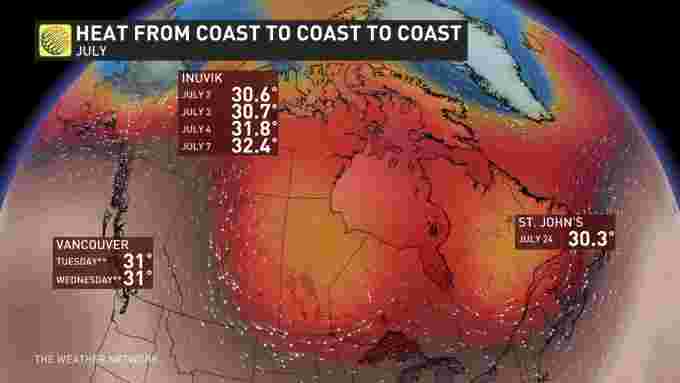 St. John’s and Halifax saw their first 30-degree readings of the year this past weekend, and heading into the final week of July, Vancouver, B.C., should see its first 30°C daytime high in 2022, as well.

Data in Inuvik only goes back 20 years. This will be the first time in those two decades that these locations on all three coasts reached 30°C in the same month. Comparing Vancouver and St. John’s, you have to go back to 1920 to find the last July when both cities reached 30°C.

With files from Kevin MacKay, a meteorologist at The Weather Network.