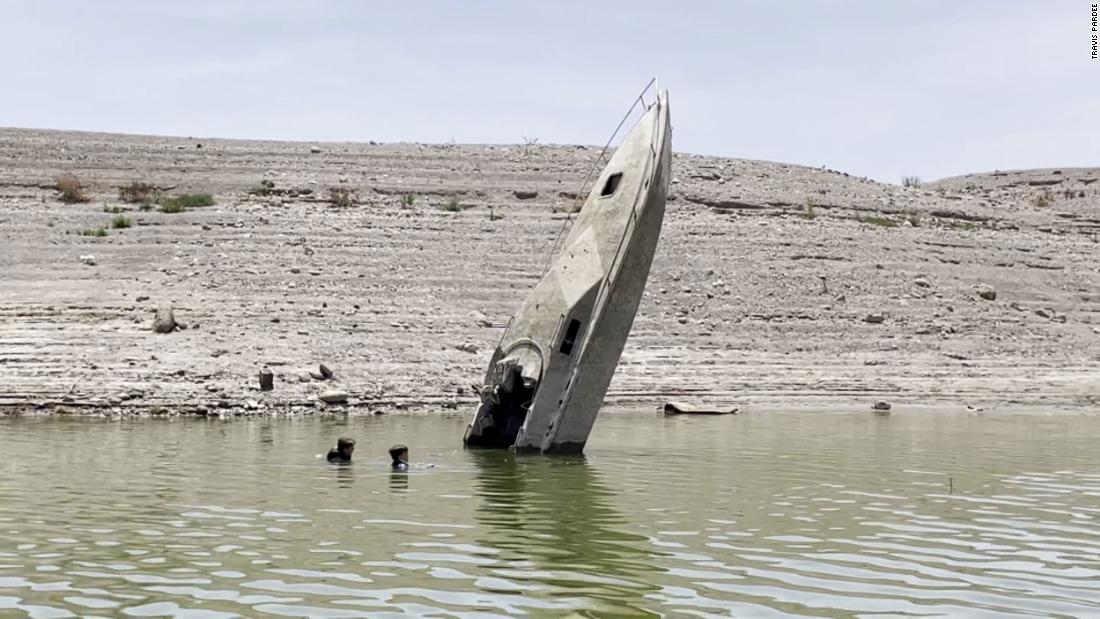 The Clark County Medical Examiner is assisting with determining the cause of death, the park service said.

This is at least the third body found in the Lake Mead area as the country’s largest reservoir has receded to unprecedented levels.
The first body, discovered on May 1, was found in a barrel and was likely a murder victim who died from a gunshot wound “some time in the mid ’70s to early ’80s, based on clothing and footwear the victim was found with,” according to a news release from the Las Vegas Metropolitan Police.
Another set of remains was found on May 7 in the park’s Callville Bay area.
The receding waters also have exposed previously sunken boats, including a World War II-era landing craft last month.
Around 40 million people in the West rely on water from the Colorado River and its two largest reservoirs — Lake Mead and Lake Powell — where levels have fallen at an alarming rate over the past few years amid a climate change-fueled megadrought.
As of Tuesday, Lake Mead’s water level was at 1,040 feet, about 174 feet below its level in 2000, when it was last considered full. It’s the lowest level on record for the reservoir since it was filled in the 1930s.
The lake’s low water level exposed one of the reservoir’s original water intake valves in April for the first time. The valve had been in service since 1971, but it can no longer draw water, according to the Southern Nevada Water Authority. That agency is responsible for managing water resources for 2.2 million people in southern Nevada, including Las Vegas.

“The lake has drained dramatically over the last 15 years,” Las Vegas Metropolitan Police Homicide Lt. Ray Spencer said in May. “It’s likely that we will find additional bodies that have been dumped in Lake Mead” as the water level drops more.

CNN’s Eric Levenson and Rachel Ramirez contributed to this report.