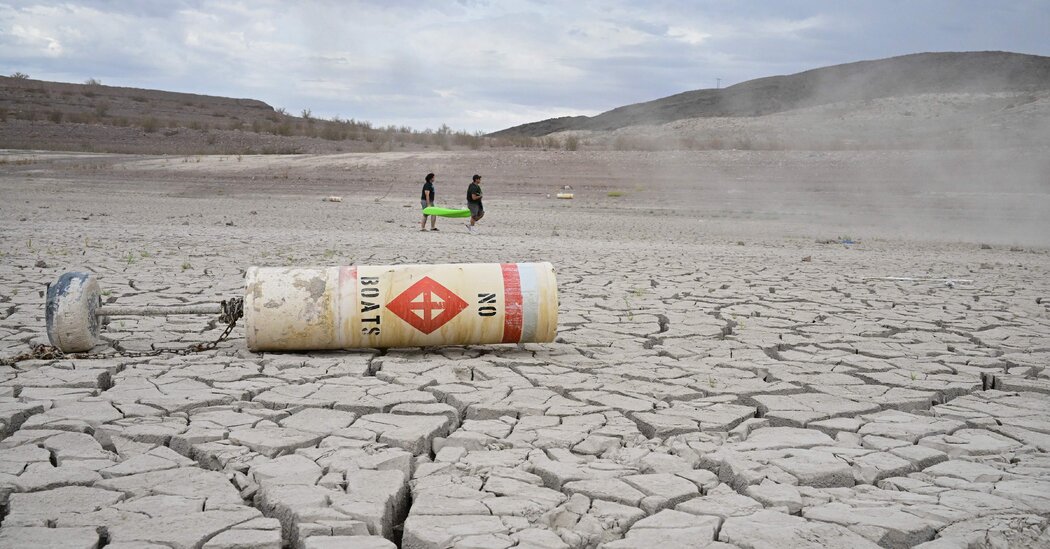 Human remains were discovered at Lake Mead National Recreational Area in Nevada on Monday, the third such discovery in recent months as the lake has reached dangerously low water levels, the authorities said.

A witness reported discovering human remains at Swim Beach, on the western edge of the lake, on Monday afternoon, the National Park Service said in a statement.

No other information was provided. It was unclear how long the remains had been at the lake or how they were discovered. The Clark County Medical Examiner will determine the cause of death, officials said.

The National Park Service did not immediately respond to a request for comment on Tuesday.

Officials were later seen carrying the remains in a black body bag, according to video from Fox 5, a local news channel.

While it was unclear if the dropping water levels at the lake led to the discovery on Monday, they have played a role in other discoveries this year.

In early May, the remains of a person killed about 40 years ago were found in a metal barrel on the lake’s shore. Weeks later, another set of remains was found half-buried in sand.

Lake Mead, about 40 miles east of Las Vegas, is the largest man-made reservoir in the United States, having been formed by the construction of the Hoover Dam in the 1930s. The lake is also a critical source of water for 25 million people across seven states, including some of the country’s largest agricultural valleys.

Last summer, the federal government declared a water shortage at the lake for the first time, prompting cuts in the water supply that mostly affected Arizona farmers at the time. In June, the Bureau of Reclamation, which oversees water and power in the West, issued an emergency request to states to propose immediate cuts for 2023 to help prevent the reservoirs from further declining.

New images, taken by NASA in 2000 and 2022 and released this month, show the lake’s condition worsening, as evident by the so-called bathtub ring, remnants of salts and minerals left behind on the canyon walls by receding water.

The images display the driest two-decade period since A.D. 800, according to a recent analysis of tree-ring data.

Human-caused global warming has played a role in the continuation of the current drought, researchers said, adding that it has persisted despite periods of good precipitation over the past 20 years. One reason for that may be that rising temperatures, more than rain and snow conditions, are driving this drought.