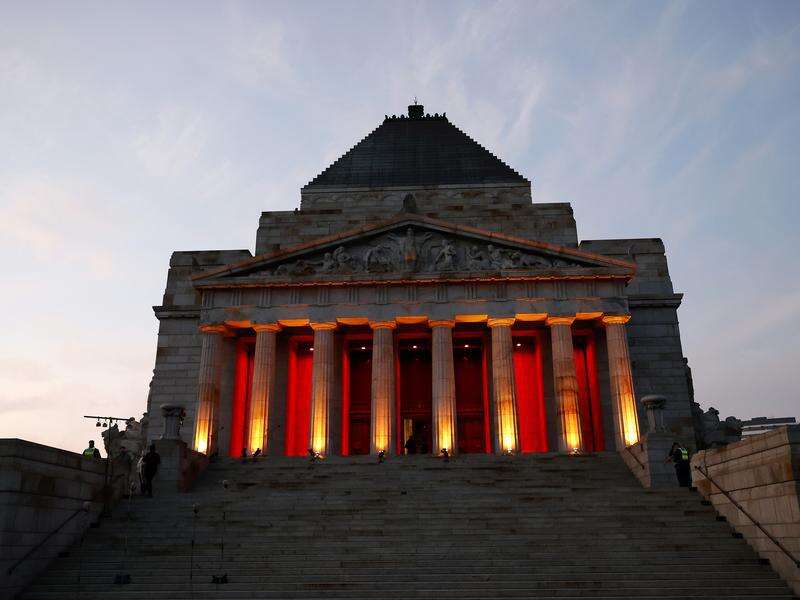 Plans to light up Melbourne’s Shrine of Remembrance in rainbow colours have been abandoned after staff were subjected to “hateful” threats and abuse.

The display was intended to commemorate LGBTQI people in service as part of the upcoming exhibition Defending with Pride, which chronicles their stories of denial, exclusion, recognition and inclusion.

The Shrine of Remembrance organisation announced on Saturday afternoon that while the exhibition and Last Post service scheduled for Sunday would go ahead, the lighting of the colonnades would not.

“Over several days, our staff have received and been subject to sustained abuse and, in some cases, threats,” chief executive officer Dean Lee said.

“We have seen something of what members of the LGBTIQ+ community experience every day. It is hateful.”

In the interests of minimising harm, the shrine sought guidance from partners, veteran associations, the Victorian government and representatives of the LGBTQI veteran community.

Some media commentators and members of the community opposed the light show.

Mr Lee noted that, 50 years ago, creating a memorial to women’s service was controversial and opposed by many, as was the introduction of an annual service commemorating Aboriginal and Torres Strait Islander people.

“We are proud to recognise and celebrate the history and service of LGBTIQ+ people, something that has traditionally been absent or under-represented within Australia’s war memorials,” he said.

“A decade ago, conversations around veteran suicide were taboo, yet today it is the subject of a royal commission.

“Society’s values change, and the shrine is a participant in that change and will continue its efforts to honour the service and sacrifice of all who have served Australia.”

Tourism Minister Steve Dimopoulos said the shrine’s trustees had one of the most important jobs in the country, but any cancellation of the light show was up to them.

“Not only as a gay man but as a Victorian, the fact that there will be an exhibition acknowledging the contribution of LGBTIQ+ current and former serving members of the defence force … is an incredible thing,” he told reporters.

The shrine’s pride exhibition officially runs from August until July 2023.