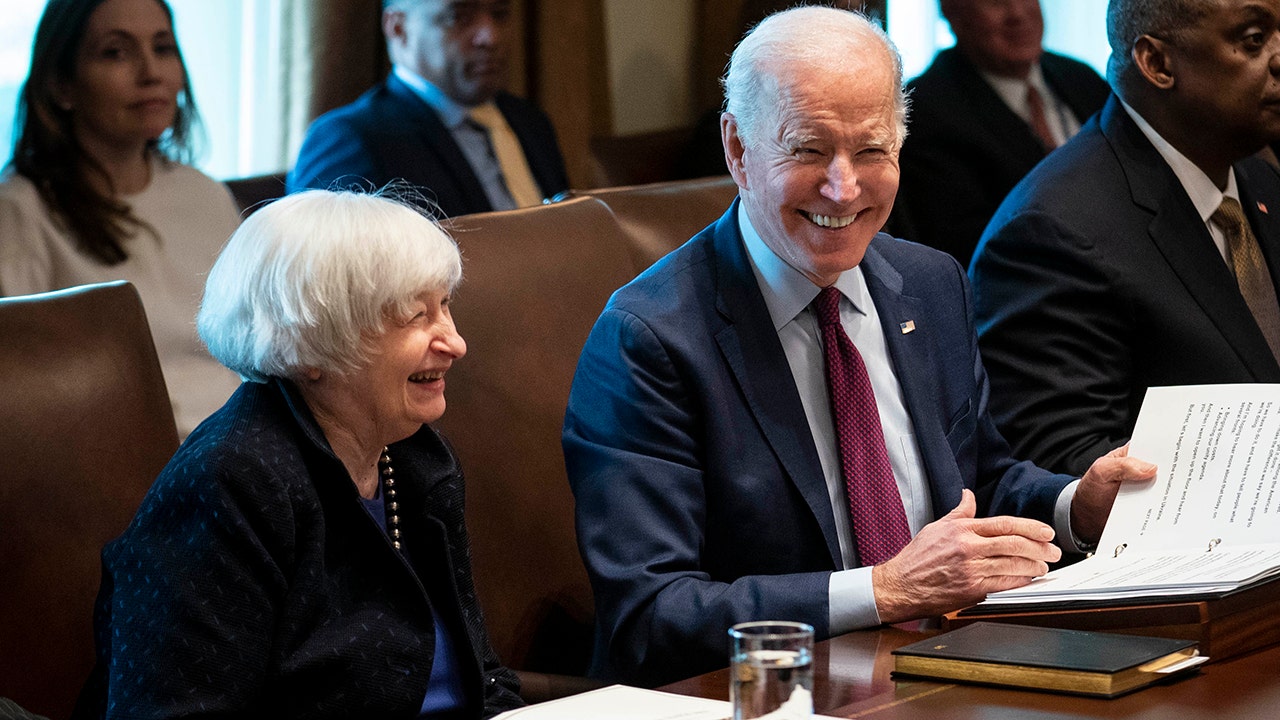 Check out what’s clicking on FoxBusiness.com.

Casey Mulligan, former chief economist for the Council of Economic Advisers (CEA), criticized the Biden administration for attempting to redefine what a recession constitutes.

Several underlying indicators suggest the U.S. is heading towards an economic downturn despite President Biden’s insistence that the economy is strong, Mulligan — who served in the Trump administration between 2018 and 2019 — told FOX Business in an interview. In recent days, several top White House officials have downplayed the technical definition of a recession and argued that two consecutive quarters of negative gross domestic product (GDP) growth does not indicate a recession.

“It seems to me that the White House seems to be saying, ‘yeah, you’re working more and earning less, but at least you’re working more,'” said Mulligan, who is currently a professor at the University of Chicago. “I don’t understand the silver lining of that. We work in order to earn. That earning part is not going well.”

“That’s really the GDP. GDP combines both the labor income and capital income, but they tend to move together,” he continued “We’ve seen it in the earnings data as well. Real wages, real earnings have fallen quite a bit just in the last month as well as over the last year.”

U.S. Treasury Secretary Janet Yellen downplayed recession fears on Sunday, insisting that the U.S. economy is “not an economy that’s in recession” and said that the country is in a period of “transition.”  (Justin Tallis/Pool via REUTERS / Reuters Photos)

Biden’s top White House economic advisers Brian Deese and Jared Bernstein, CEA Chair Cecilia Rouse and Treasury Secretary Janet Yellen have all thrown cold water on projections that the U.S. economy is entering a recession over the last few days. They have pointed to the strong job growth experienced over the last several months and the National Bureau of Economic Research’s definition of a recession.

“Considerable evidence suggests that the economy is not currently in a recession, including persistent strength in the labor market, expanding industrial production, and alternative estimates of economic growth that suggest rapid expansion,” two Treasury Department officials wrote in a blog post published Monday evening.

The U.S. has added between 370,000 to 400,000 jobs every month since March after adding 714,000 jobs in February, according to Department of Labor data. However, high inflation has cut into workers’ wages and caused decreased consumption.

The debate over the definition of a recession comes ahead of the Bureau Economic Analysis’ advanced estimate of second quarter GDP growth, scheduled to be released later this week. The GDPNow model projected that GDP declined 1.6% in the second quarter, matching the decline of the first quarter and marking the second straight quarter of negative growth, the Federal Reserve Bank of Atlanta noted in a report last week.

“It looks like, following on Q1, it’s going to be a very sharp reduction in productivity like we haven’t seen in a long time, maybe ever,” Mulligan told FOX Business. “We already know that in the real wages. But people’s earning power, who work, has really been shrinking.”

“I think they’re a little premature calling victory on the job growth,” he added. “Generally, when we see a reduction in productivity, we do see a loss of jobs. Those job losses could be coming in the next two to three months.”

In addition, Michael Strain, the director of economic policy studies at the American Enterprise Institute (AEI), noted in a tweet Monday that a recession was officially declared every time the economy experienced two straight quarters of negative GDP growth since the 1950s.

Mickey Levy — the chief economist for Americas and Asia at Berenberg Capital Markets and a member of the Manhattan Institute’s Shadow Open Market Committee — said the economy was likely entering a type of recession, but it was not yet clear the extent of the downturn.

“Things are clearly weakening, weakening in fact toward a recession-type environment,” Levy told FOX Business in an interview. “That’s where I think we are now.”

GET FOX BUSINESS ON THE GO BY CLICKING HERE

“I think we’re headed into a shallow recession,” he continued. “But the difficulty right now is it’s just unfolding, and we don’t have enough monthly data to support the anecdotal evidence.”