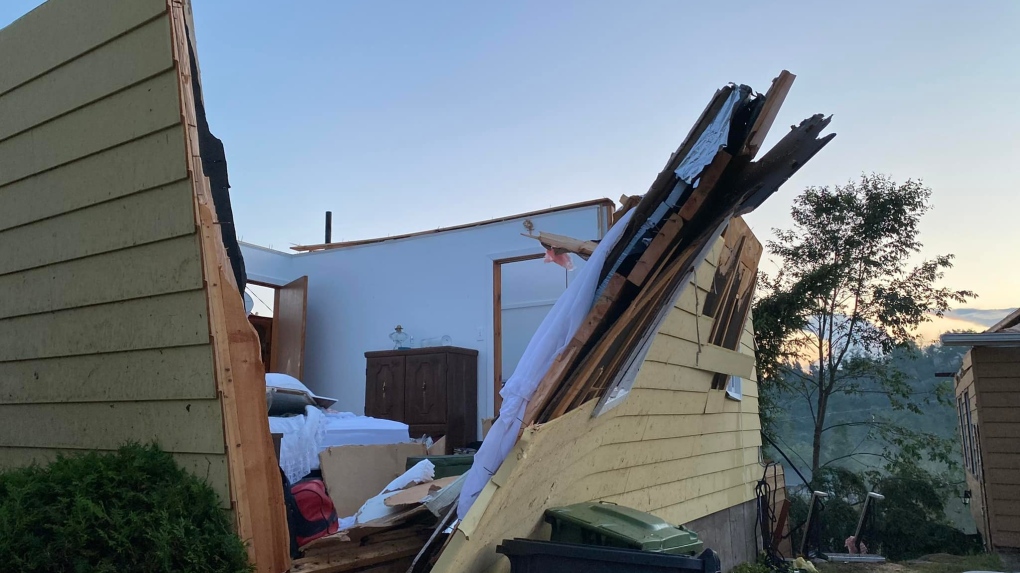 A tornado touched down about an hour north of Montreal, destroying multiple homes, uprooting trees, and sending debris flying.

Environment and Climate Change Canada (ECCC) said a tornado formed in the Laurentians Saturday evening around 6:10 p.m., hitting the municipality of Saint-Adolphe-d’Howard.

“Damaging winds heavily damaged dwellings and broke or uprooted numerous trees,” Environment Canada said. “An analysis to determine the strength of this tornado is ongoing.”

Hydro Quebec reported a major outage in the area affecting 3,537 customers saying the power will return in about two or three days.

The Saint-Adolphe-d’Howard municipality is advising people in the region to avoid travel for the time being.

Police said Sunday there were no reported injuries.