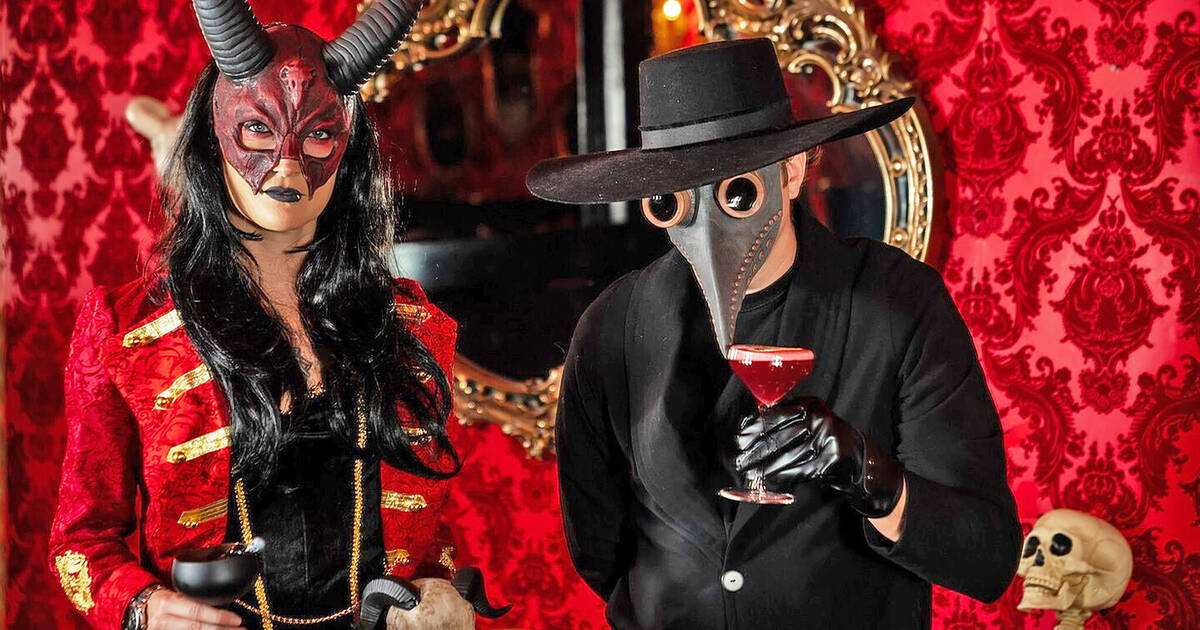 Although we’re still in the midst of summer, spooky season is starting to creep up on us. From haunted houses to light festivals, the ghastly are making themselves known. If you’re looking to head somewhere spooky this fall, then check out this new international Halloween pop-up bar coming to Toronto later this year.

Black Lagoon is an immersive pop-up cocktail bar that will be making its debut in nine cities this October, with one being in Toronto. The bar will get decked out in goth-metal decor, inspired by goth culture and cult horror.

You’ll enter a dark dungeon filled with skulls, life-sized coffins and other elements that fit in with the cult horror theme. Once in the bar, you’ll be able to find an extensive list of spooky-themed drinks on theme, making you feel like you’re in one of your favourite horror movies.

The drink menu is built around the different colours of the Halloween season, including drinks that are blood red or an eerie orange.

Some of the drinks featured on the menu included Screaming Banshee, Lilith’s Cup, Closed Casket and Hellraiser. A few of these drinks are served in custom cups which you can buy if you want to take it home.

There won’t be any monster mashing at the bar as Black Lagoon has a carefully curated playlist that will match the hardcore vibes inside, including punk and metal songs alongside a soundtrack of eerie noises.

The Black Lagoon is set to come to Toronto this October. There is currently no information on when and where the pop-up will take place but an announcement is expected soon.