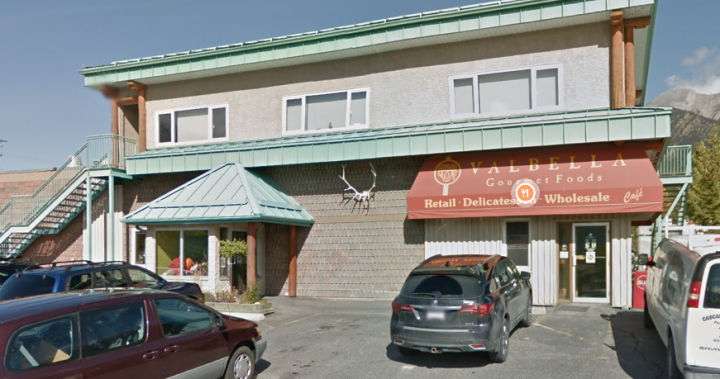 The response to a donations request for a rock climbing and barbecue event in Canada’s Rocky Mountains has gone viral for its overt transphobia and QAnon-like “child grooming” conspiracy theory.

On Monday, Canmore Pride asked Valbella Gourmet Foods for donations to this year’s Pride event, like they had done successfully with other area businesses.

But the response they got on Tuesday morning was not what they expected.

“You could not pay me to sponsor anything to do with child grooming tranny’s,” an email from “Jeff von Rotz” said where the author identified himself as owner.

“Please keep these sick people away from the children of this community,” the email continued. “You should be disgusted with yourselves.”

The email — purportedly sent by the son of the founder of the deli — then surmised there would be “some woke organization mentally ill enough to help you… but it isn’t Valbella’s.”

“I was not expecting a reply like that,” they told Global News. “I know there are people who are homophobic, transphobic and that type of thing. To be that outwardly, almost proudly transphobic is super sick and just so disappointing and shocking.”

The inclusive climbing event is planned for the 2022 Canmore Pride weekend in mid-September and is one of many organized with local group Crush Collective. But it’s the first time Kealy can recall the local pride organization – just two years old – has received a vitriolic response.

“Canmore Pride generally has such positive and supportive feedback from the community,” they said.

“As a trans and queer person, I definitely have received some comments or transphobic experiences within the community, generally from individuals, not usually from businesses.”

The Canmore business first founded in 1978 was quick to respond, following backlash on social media.

“The owners and leadership of Valbella Gourmet Foods expresses its deepest apologies to the Canmore LBGTQ+ community for an intolerant email that was sent earlier today by one of our former team members,” the company wrote in an email to Global News, adding “the words of the one person do not reflect the opinions of the many people who work as part of the Valbella team.

“The individual responsible has been removed from the company and its operations.”

Von Rotz did not respond to requests for comment from Global News.

Kealy said Canmore’s LGBTQ community questions the authenticity of the Valbella’s statement, given the initial reply apparently came from the company’s owner.

“And as a family business… how will he no longer be profiting from the business?” the Canmore Pride co-chair said. “What are they doing to support their staff right now?

“We’re trying to run an event, just to make a safe space, have a fun time, literally just eat some burgers, and then to have such a hateful response that also is filled with these horrible stigmas about the trans community that are just not true (and) based on literally nothing – it’s just based on hatred and whatever people’s conspiracy theories may be about trans people.”

Global News spoke with an employee at Valbella’s Canmore location, who wished to remain anonymous for fear of backlash in the small town.

“I always knew the owner and a lot of the people who work (at Valbella) are pretty conservative, but I had no idea this is how far it went,” they said, adding they don’t agree with transphobia or hate directed at the queer community.

“You don’t have to be a liberal, or even an ally, to see how disgusting this behaviour is.

“He could have just said no, or made up an excuse. That’s so much better being hurtful and throwing slurs at people,” the employee added.

“These are people, you need to treat them like they are people.”

Canmore Mayor Sean Krausert put his support behind the city’s LGBTQ community, saying they make the town “a more vibrant and diverse place to call home.

“We all belong. We are all valuable members of the community. We are enriched and stronger in spirit when we embrace all the wonderful culture, experiences, skills, and identities that individuals have to offer,” the mayor said in a statement.

The Town of Banff said it stands with Canmore in solidarity of the LGBTQ community.

Corporates should do more than just ‘rainbow washing’ during Pride: LGBTQ+ advocates

“We may be two towns, but we’re one community that’s welcoming, richly diverse and supportive of everyone,” the town posted on Facebook. “Hate speech, in any form, is unacceptable.”

Calls for boycotts of the company and other retailers that carried Valbella products rapidly spread across social media.

The nearby Banff Centre for Arts and Creativity tweeted they would sever ties with the Canmore company.

Following the recent communications that were made public within the Bow Valley community and Valbella Gourmet Foods today, Banff Centre has chosen to remove all Valbella products from company operations and will seize any business relations.

“Following the recent communications that were made public within the Bow Valley community and Valbella Gourmet Foods today, Banff Centre has chosen to remove all Valbella products from company operations and will seize any business relations,” the centre wrote.

The Fairmont Jasper Park Lodge said it was saddened and disappointed to learn of the hateful remarks, and announced effective immediately, it would no longer work with, or purchase from, Valbella.

Calgary-based organic foods retailer Blush Lane announced a similar decision on social media, saying they were “shocked and incredibly disappointed to hear about the harmful and hateful remarks made by Valbella.

“We have immediately discontinued our relationship with Valbella as a vendor at both Spud and Blush Lane,” the company wrote.

“We have just been made aware that one of the vendors on our platform has made disgusting and hateful comments regarding the LGBTQIA2S+ community,” Berenzan’s statement read.

“We have immediately suspended selling products from this company.”

The moral panic and conspiracy theory of alleged child predation by LGBTQ people traces its roots back to Anita Bryant in the 1970s, according to Dr. Kristopher Wells, associate professor at MacEwan University and Canada research chair for the public understanding of sexual and gender-minority youth.

“Many will remember that name as a former Miss Florida who led an anti-gay crusade across North America,” Wells told Global News. “In fact, she came to Edmonton and Calgary in the late 1970s as part of her Save Our Children campaign, which was the basic premise that LGBTQ people were child molesters, were pedophiles, were targeting children in schools, were infiltrating schools and professions so that they could have access to children.

“And in fact, she and others from the religious right fought against any city ordinances that included sexual orientation as a protected ground against discrimination and actually managed to have cities roll back those rights and protections.”

Wells noted that until 1998, Alberta didn’t protect homosexuals in its human rights legislation, the result of a Supreme Court ruling. Eleven years later, Alberta became the last province to add “sexual orientation” to human rights legislation. Also in 2009, Bill 44 allowed parents to opt children out of discussions of sexual orientation, human sexuality or religion in school. And in 2015, gay-straight alliances or GSAs were allowed in schools across the province.

A recent increase in so-called “child grooming” conspiracy theories has come at a time when U.S. states like Florida and Texas were passing bills banning sexual orientation instruction in schools in those states, part of a swell in anti-trans rhetoric among right wing politicians, he added.

5:04
The do’s and don’ts of talking to kids about Pride

“What’s particularly most disturbing about this email response… is these harmful and dangerous stereotypes that somehow transgender individuals are predators, they’re looking to recruit children into so-called deviant lifestyle, that somehow being transgender is not a legitimate identity within our society,” Wells said.

“These kinds of stereotypes actually rise to the level of hate incidences, because what stereotypes do is they try to dehumanize an entire group of people and say that they’re less worthy of rights and protections than everyone else.

“This kind of dehumanizing language is what leads to hate crimes and violence,” he said. “And in fact, I think the RCMP should be investigating this as a hate incident.”

Transphobic responses like the one sent to Canmore Pride is one of the reasons for creating the organization, Kealy said.

“A part of our values come to making safe spaces and creating places where queer people can exist freely and safely,” they said. “And that’s another reason why we have started doing training in the Bow Valley so that we can educate people on how diversity, equity and inclusion concepts relate to the community and how they can make their businesses more safe and inclusive spaces.

“If you’re clearly expressing this as a business owner, it just shows how much farther we still have to go.”