Travis Scott’s deadly Astroworld Festival concert claimed the lives of ten people on November 5, 2021, after they died from accidental compressive asphyxiation due to a crowd crush.

The event was held at NRG Park in Houston, Texas and was the first night of the annual festival founded by Scott in 2018.

Eight people passed away on the night of the concert, and two more died in the hospital over the following days.

Twenty-five people were hospitalized, and more than 300 people were treated for injuries at the festival’s field hospital.

In January, the Texas Judicial Panel On Multidistrict Litigation combined the hundreds of lawsuits stemming from the Astroworld festival into one single case. 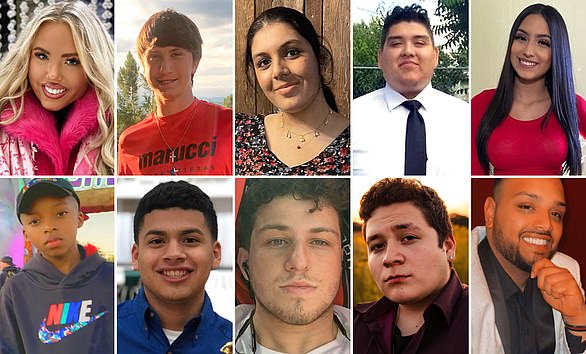 The lawsuits claim that Scott, LiveNation and other organizers were legally negligent in how they planned the festival, which drew an estimated 50,000 people.

However, a new court filing in May this year claimed that more 4,900 people were injured in the stampede, a figure that is exponentially higher than initially reported.

They claim an additional 1,649 received less extensive treatment, and the severity of 2,540 concertgoers’ injuries is still under review.

Shanazia Williamson and Jarawd Owens are among those suing Scott, Live Nation and others, claiming in a lawsuit that Williamson was ‘trampled and crushed resulting in the death of her and Jarawd’s unborn child.’ 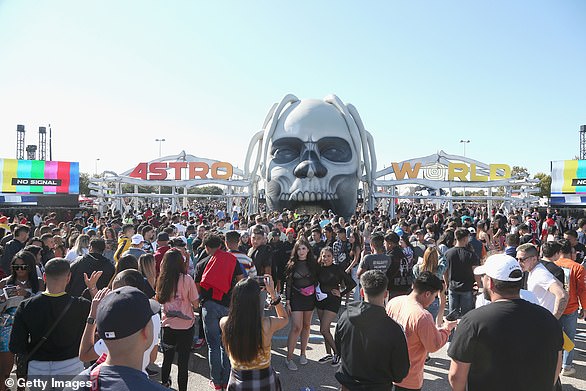 Festival: The deadly incident took place during Scott’s performance set on the evening of Friday, November 5, in his hometown of Houston, Texas

Scott broke his silence over the tragedy to radio host Charlamagne tha God during an interview in December last year blaming his ‘in-ear’ person for not urging him to stop the show sooner.

He said he was ‘1000 percent’ certain he did everything he could to prevent the tragedy, and claims he did not hear the screams and cries for help as the crowd went out of control.

‘Things happen, you know, and it’s just been such a time, and I’m just trying to just really figure things out,’ he said when asked why he was breaking his silence.

In a fiery statement to DailyMail.com, the family of one of the victims killed at AstroWorld responded to the interview saying: ‘Every time Travis Scott opens his mouth in an effort to avoid responsibility and accountability, he further exacerbates the pain of those that lost loved ones. ‘

‘Because he will not voluntarily do so, we intend to force Travis Scott to accept responsibility for his conduct, in court, in front of a jury,’ added the statement from the family of 21-year-old Axel Acosta, who perished in the stampede. 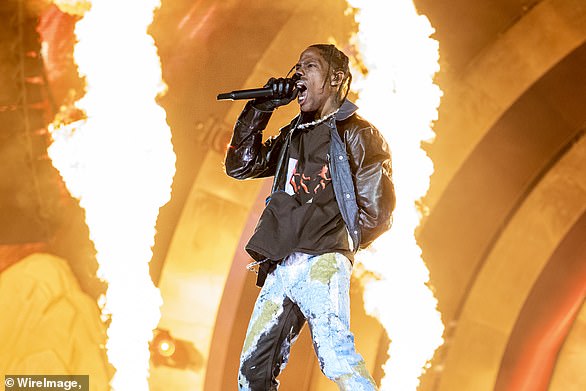