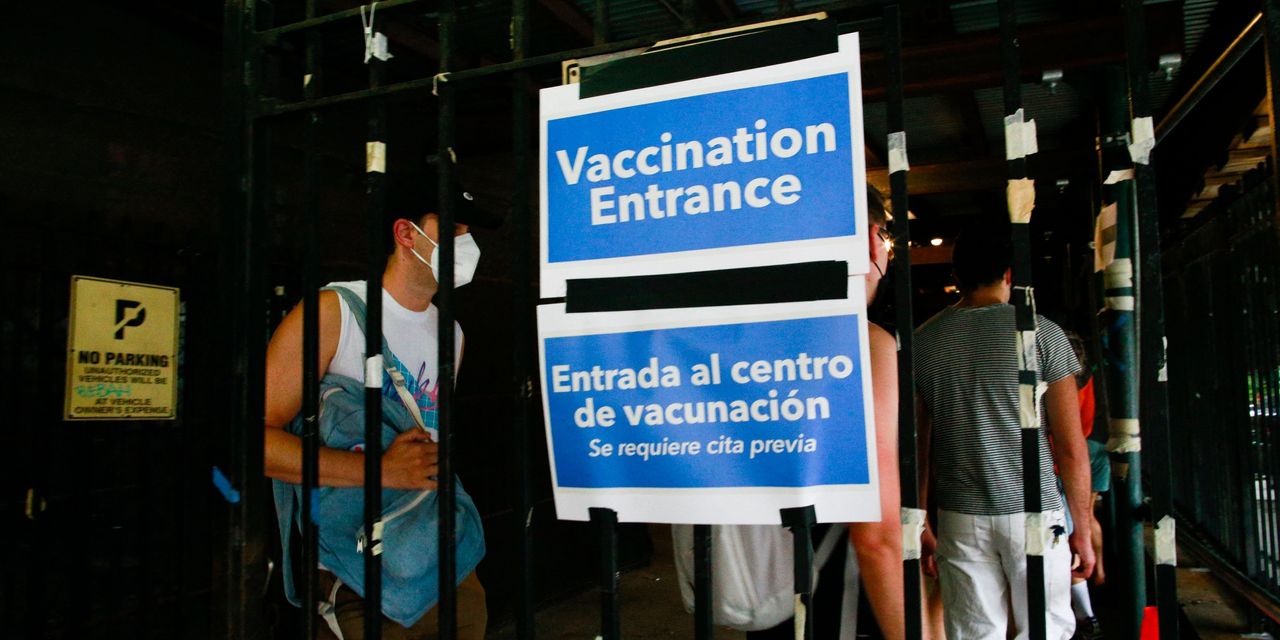 The U.S. has reported more than 3,400 confirmed or suspected monkeypox cases, federal data showed, becoming the country with the most known infections since the onset of the global health emergency.

The rise in cases comes as the U.S. expands testing capacity, broadening the ability to spot new infections, but also as the global outbreak continues to grow. Some public-health experts said rising transmission heightens the chances a broader population will face the risk of infections as the opportunity to slow and potentially stop the outbreak is fading.

The outbreak has largely been recorded among men who have sex with men, as the virus exploits social networks among people in close contact. This is already a concern, but spreading more broadly means the potential added challenge of trying to educate and protect a broader population, health experts said.

“We are at a very critical juncture in the outbreak,” said Jay Varma, a physician and epidemiologist who directs Weill Cornell Medicine’s Center for Pandemic Prevention and Response in New York City.

The U.S. surpassed the reported case count in Spain after recently surpassing other European countries, including Germany and the U.K. There are now at least 17,852 cases in nearly 70 countries where the viral disease doesn’t typically occur, including at least 3,487 in the U.S., which has a significantly larger population than European countries that also have outbreaks, according to the Centers for Disease Control and Prevention.

The true case count is likely significantly higher than the known count, in part due to more limited testing early on in the outbreak, and completely beating back the virus is already unlikely, Dr. Varma said. But there is still a chance through vaccinations, education and treatment to hem the virus in, slowing transmission enough to make it a very rare disease, he said.

The World Health Organization on Saturday said monkeypox is a public-health emergency of international concern, marking the first such declaration since the start of the Covid-19 pandemic in January 2020.

Another risk from a growing outbreak is that the virus will reach a U.S. animal population, creating a reservoir where it could be passed back to people, said Aileen Marty, a distinguished professor of infectious disease and outbreak response at Florida International University.

“The last thing we need is for our animals to get infected,” Dr. Marty said.

Health authorities have been focusing vaccination and outreach efforts among gay and bisexual men, since the outbreak thus far has been heavily concentrated in that population. But there are also two known pediatric infections in the U.S., one in a California toddler and the other in an infant in Washington, D.C., according to the CDC.

The two cases are likely the result of household transmission and aren’t related, a CDC spokeswoman said Monday. The cases are under investigation, and both children, though symptomatic, were in good health and receiving treatment medication, she said. In the case of children, monkeypox could spread through activities like holding, cuddling, feeding and shared items like towels and bedding, the CDC said.

The virus requires close contact to spread. Health authorities haven’t reported deaths beyond Africa in the current outbreak, but there have been several deaths in two African countries since the start of the year, WHO data show.

Because some countries such as the U.S. have invested in adding defenses against smallpox, which is related to monkeypox, there are already available vaccines to combat the current outbreak. Still, the vaccines have been in short supply as gay and bisexual men clamor for shots.

U.S. health authorities, criticized by some activists for not moving faster to bolster the vaccine stockpile, have said the numbers are growing. The Department of Health and Human Services says it has shipped more than 300,000 doses of the two-dose Jynneos vaccine, made by

A/S, to jurisdictions around the U.S. The government said it accelerated inspection for another 800,000 doses coming this summer and that there are millions of shots that are set for delivery by mid-2023, HHS said.

New York City, which recently counted more than 1,000 confirmed and presumed cases, said there are likely many more cases that haven’t been diagnosed.

Meanwhile, testing capacity, another bottleneck, has improved. With private laboratories now online, U.S. capacity recently reached 80,000 tests a week, up from 6,000 a week at the start of the outbreak, HHS said.

Write to Jon Kamp at jon.kamp@wsj.com