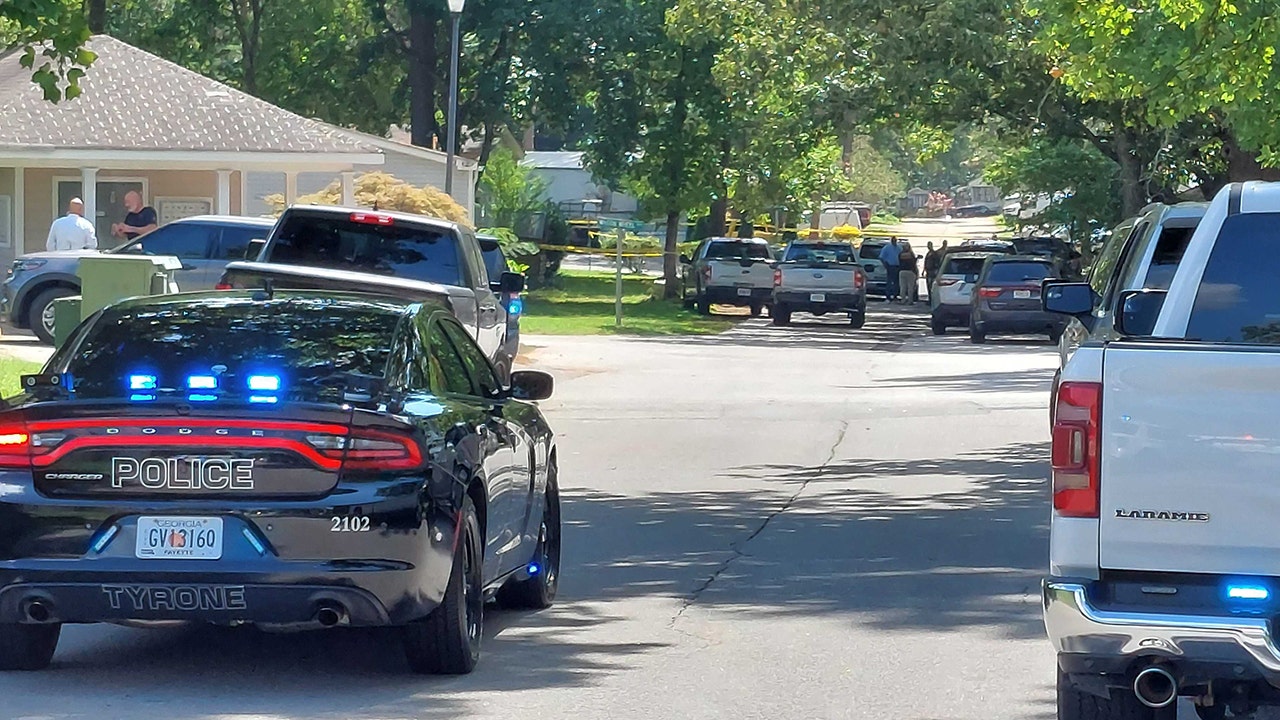 A U.S. marshal was shot on Sunday morning while serving an arrest warrant for a 19-year-old murder suspect at a mobile home park south of Atlanta, officials said.

Georgia Gov. Brian Kemp said that the officer is “doing well” and is expected to make a full recovery. It’s unclear who shot him or if the officer fired any shots.

A U.S. marshal was shot while arresting a murder suspect near Atlanta on Sunday morning.
(Fox 5 Atlanta)

The shooting happened during the arrest of 19-year-old Antonio Murgado Jr., who was wanted on felony murder charges for his alleged involvement in the shooting death of James Knight last week.

Knight, 19, was shot and killed during a drug deal on July 16, according to authorities.

Murgado was out on bond at the time of the alleged murder for armed robbery and methamphetamine possession charges in two different Georgia counties, the Pike County Sheriff’s Office said.

Two other suspects have also been arrested for their alleged involvement in Knight’s murder.

Jaiden Chappell, 18, was arrested the day after Knight was killed. She will face charges of murder, armed robbery, use of telecommunication device to facilitate a crime, making false statements, and contributing to the delinquency of a minor, according to the Pike County Sheriff’s Office.

A 14-year-old juvenile whose identity has not been released was also arrested in relation to Knight’s murder on July 19.

The Associated Press contributed to this report.

Paul Best is a reporter for Fox News Digital. Story tips can be sent to Paul.best@fox.com and on Twitter: @KincaidBest.