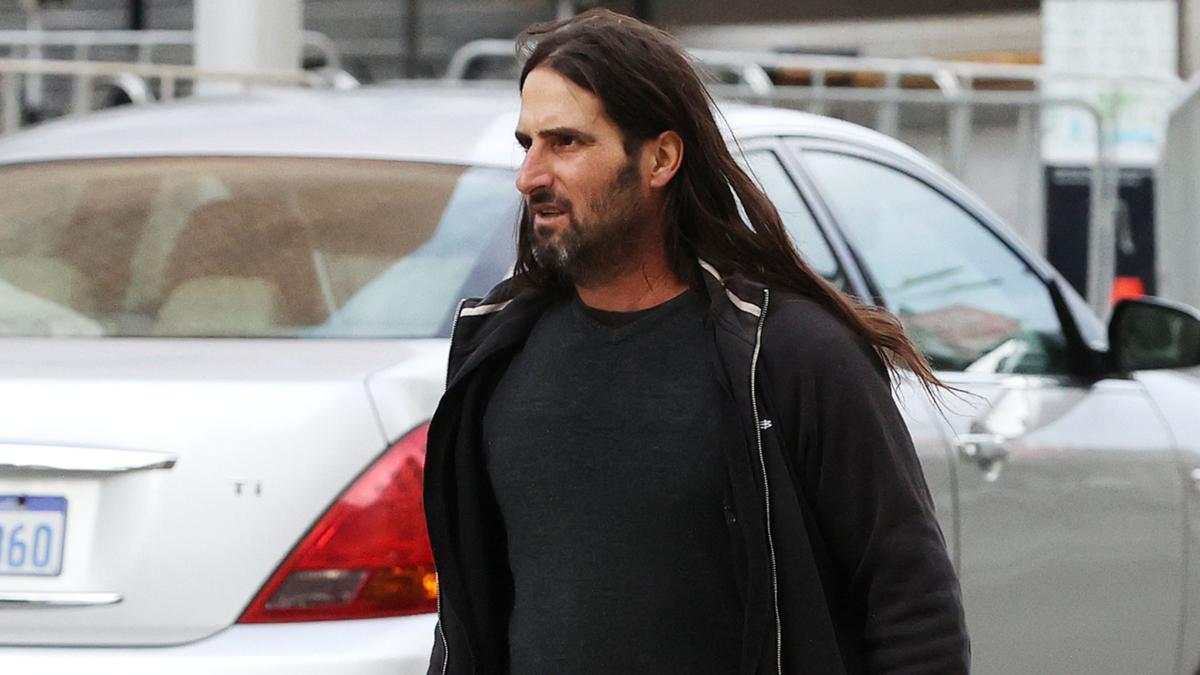 On Monday night’s episode of Up Late, Harvey has detailed the extraordinary case of a Gingin cattle breeder who smuggled $10 million worth of meth using an electro-magnetically sealed box built into a car seat.

Tony Larussa, 49, has spent the last five years fighting allegations that he was a big player in the movement of 10kg of ice — secreted in the ‘hide’ built into a Honda Jazz — up to his family farm at Breera.

Larussa wasn’t driving the Honda but was following closely behind with a loaded Sig Sauer pistol on the passenger seat behind him.

And following a trial earlier this year, a District Court jury agreed with prosecutors that married father-of-one had ‘dominion and control’ over the drugs, even though they were being driven by someone else.

“Middle-aged cattle breeder smuggles $10 million dollars worth of meth using an electro-magnetically sealed lockbox built into a car seat that was opened using secret buttons,” Harvey says on Up Late.

In Up Late, which you can watch in the player above, Harvey reveals the elaborate plot and the tip-off that lead to cops finding the meth.

On Monday, Judge Laurie Levy he told Larussa he was satisfied that he was more than just a “foot soldier”.

“You played an important role in this offence. At the very least, you were trusted to be the overseer of the drugs,” Judge Levy said.

He jailed Larussa for 14 years, with parole eligibility after 12 years.

Read the full story in The West Australian.