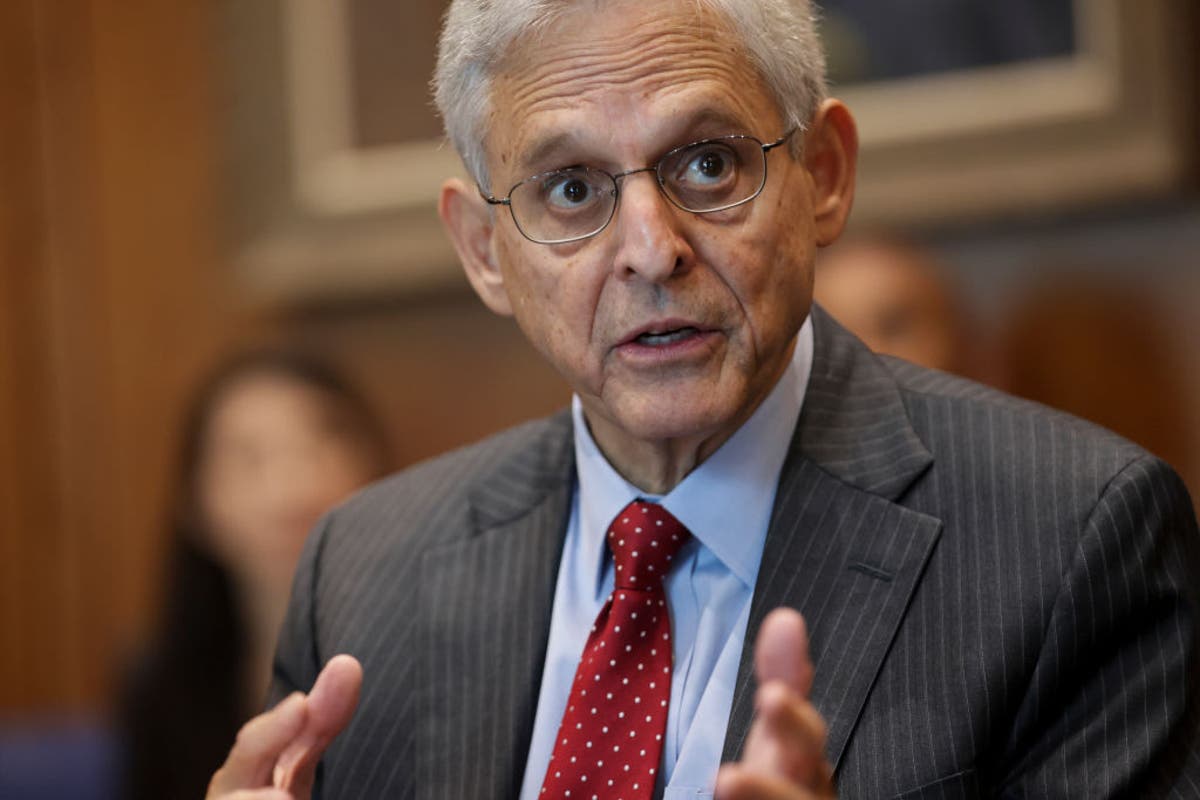 The Justice Department has no qualms about the political blowback that would inevitably occur as a result of the agency criminally indicting Donald Trump as it continues its efforts to investigate the attempt to block Joe Biden from assuming office following his election victory, Attorney General Merrick Garland says.

The DOJ chief discussed the investigation in a new interview with NBC News airing Tuesday evening. An excerpt was released by the news station ahead of the full interview.

Asked whether prosecutors would consider the potential for mass civil unrest as a result of indicting Donald Trump attempting to block Joe Biden from becoming president and inspiring the January 6 attack, Mr Garland indicated that they would not.

“We pursue justice without fear or favour,” the attorney general responded to NBC’s Lester Holt. “We intend to hold everyone, anyone who was criminally responsible for the events surrounding January 6, for any attempt to interfere with the lawful transfer of power from one administration to another, accountable. That’s what we do.”

The attorney general’s remarks did not depart significantly from those few he has made previously regarding the efforts of the Justice Department to respond to January 6. But Mr Garland’s notion that the investigation centres on the “attempt to interfere with the lawful transfer of power” is significant because it leaves open the possibility that the DOJ’s probe encompasses much more than the breach of the Capitol by an armed mob itself. That leaves wide open the possibility that the efforts of Donald Trump and his team to convince state lawmakers and other officials to support false slates of electors could be square in the DOJ’s sights, as could be Mr Trump’s personal efforts to encourage his supporters to amass in Washington DC for January 6 itself.

The Justice Department under Mr Garland has been tight-lipped and leak-free for the most part regarding the department’s investigation of January; beyond announcing charges for individual participants of the riot the agency has given little indication as to whether any members of Donald Trump’s campaign, administration, or inner circle will be held accountable for the attack on Congress that began moments after the president himself urged his supporters to descend on Capitol Hill.

What little is known about the scope of the investigation up until now has largely been gleaned from Mr Garland’s few public statements, criticism from Democratic lawmakers in Congress, and the rare piece of news regarding the grand jury investigation. One of those developments occurred yesterday when it was reported that Marc Short, chief of staff to former Vice President Mike Pence, had testified that day before the grand jury in Washington.

Separately from the Justice Department’s efforts is an investigation headed up by the Georgia Bureau of Investigation into Mr Trump and his team’s efforts to overturn his defeat to Joe Biden in that state. Georgia’s Republican governor, Brian Kemp, testified remotely to that grand jury on Monday.