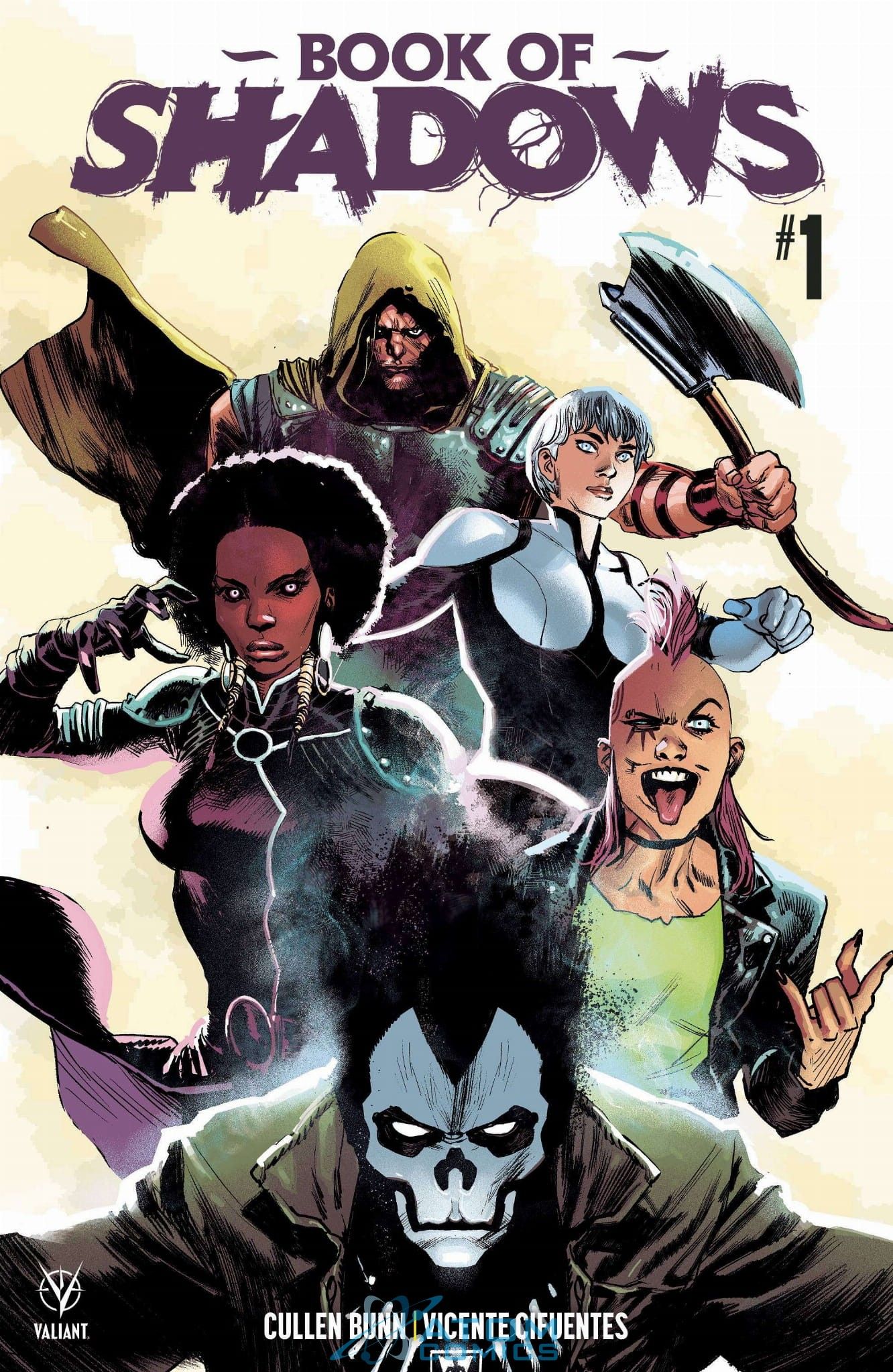 The Valiant Comics universe houses some of the most interesting comic book characters. Each hero is one of a kind. While DC has its Justice League Dark to protect Earth from otherwordly threats and Marvel has the Midnight Sons, Valiant never had any such team of its own until now. Master of horror Cullen Bunn brings together the supernatural protectors of the Valiant universe, Shadowman, Eternal Warrior, Punk Mambo, Doctor Mirage, and Persephone, for the first time to make a united stand against a terrifying ancient evil: Exarch Fane. Written by Bunn with artwork from Vicente Cifuentes and Nick Filardi and lettering by Dave Sharpe, Book of Shadows #1 is where Valiant’s dark defenders fight back against the shadows.

Book of Shadows #1 opens in the town of Vernon Commons, Illinois, which has seen its fair share of calamities and economic crises over the years. The county fair is underway, spreading happiness and laughter all around, but such things are temporary in this macabre world. Three acid-spewing werewolves attack the fairgoers, shredding them to pieces and eating them whole. Just then, Jack Boniface, aka Shadowman, and Persephone jump into the scene and send the creatures back to hell. While tracking supernatural occurrences worldwide, Punk Mambo and Doctor Mirage come across their fellow heroes and fill them in. The werewolves are a part of a spell meant to use people as blood sacrifices. Fortunately, they have called the Eternal Warrior, Gilad, for help.

Book of Shadows #1 may greet readers with warmth and joy, but anyone not looking closely at the fine print is in for a rude awakening. Even writer Cullen Bunn makes it abundantly clear in his opening narration by listing the catastrophes that have swept through the town in the past. After an opening salvo of gratuitous violence and horror-inducing phantasms, the heroes win the battle, but they’re quickly reminded that people still see them as monsters. Some characters have met before, while others meet for the first time. Tensions rise among the new teammates, but when push comes to shove, they work together well. The rest of the story boils down to expositions through dialogues and character introductions until the final act, where the big bad finally shows their hand.

Vicente Cifuentes gets the ball rolling with his hair-raising artwork, depicting the blood and gore to inspire a palpable sense of dread. His werewolf design is unique as the creatures look menacing with acid frothing at their mouths and crystals protruding from their bodies. As Bunn introduces his heroes, Cifuentes gives them life using intricately framed panels that showcase the characters in their natural elements. Adding to the electrifying atmosphere are Nick Filardi’s colors, which immediately make the panels pop. His use of vibrant colors against the dark shadows makes the thundering clashes of swords and earth-shattering lightning look absolutely epic.

Most series do not reveal their overarching villain in the first issue itself. But Book of Shadows #1 not only heads in the other direction but also announces the evil plans plaguing the world. By the end of the book, the heroes have assembled and are ready to fight, begging the question of what the rest of the series will entail. Thankfully, there is enough intrigue left in the story, with much of the plot still kept a mystery. Nevertheless, Book of Shadows #1 is a momentous occasion in the history of Valiant Comics, the start of new bonds forged in the fires of battle.