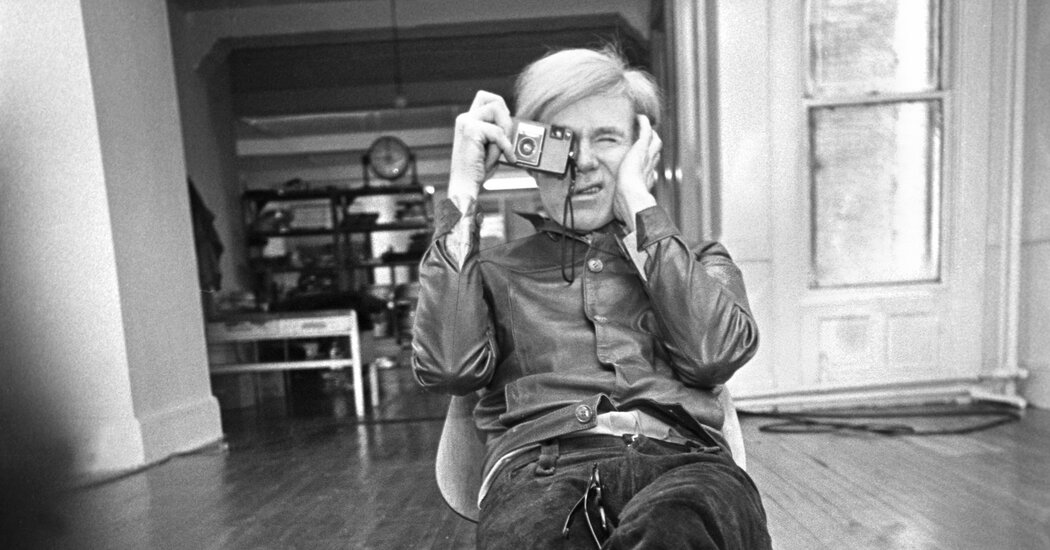 WASHINGTON — The Supreme Court, which has not been shy about claiming expertise in all sorts of areas, will soon turn to art criticism. This fall, the justices will confront an issue that has long vexed the courts: what to make of Andy Warhol’s art.

Warhol, courts have said, is a special case.

In 2001, for instance, the California Supreme Court ruled that an artist named Gary Saderup could not sell charcoal drawings of the Three Stooges without their heirs’ permission, saying the images violated a state law on the commercial use of celebrities’ likenesses.

In an odd aside, Justice Stanley Mosk, writing for the court, paused to say that the case might have come out differently had Warhol been the defendant. His silk-screened images of Marilyn Monroe, Elizabeth Taylor and Elvis Presley, the justice wrote, “may well be entitled to First Amendment protection.”

“Through distortion and the careful manipulation of context,” Justice Mosk explained, “Warhol was able to convey a message that went beyond the commercial exploitation of celebrity images and became a form of ironic social comment on the dehumanization of celebrity itself.”

Last year, in a case about computer code, Justice Stephen G. Breyer similarly thought to discuss the related question of how the fair-use defense to copyright claims might apply to Warhol’s images of Campbell’s soup cans and similar works — an issue not remotely before the court. “An ‘artistic painting’ might, for example, fall within the scope of fair use even though it precisely replicates a copyrighted advertising logo to make a comment about consumerism,” Justice Breyer wrote, quoting a treatise.

The new case concerns Warhol himself. On Oct. 12, the justices will consider whether he violated the federal Copyright Act by basing a portrait of the musician Prince on a prominent photographer’s work.

In the process, they will have to decide whether Warhol’s alterations of the photograph transformed it into something different. They may decide, as Judge John G. Koeltl of the Federal District Court in Manhattan did, that Warhol had created something new by imbuing the photograph with fresh meaning.

Or the Supreme Court may decide, as the U.S. Court of Appeals for the Second Circuit did, that judges should compare how similar the two works are and leave the interpretation of their meaning to others.

“The district judge should not assume the role of art critic and seek to ascertain the intent behind or meaning of the works at issue,” Judge Gerard E. Lynch wrote for the panel. “That is so both because judges are typically unsuited to make aesthetic judgments and because such perceptions are inherently subjective.”

The case, Andy Warhol Foundation for the Visual Arts v. Goldsmith, No. 21-869, arose from a routine magazine assignment.

In 1981, Newsweek asked Lynn Goldsmith, a successful rock photographer, to take pictures of Prince in concert and at her studio. The magazine ran a concert photo, and Ms. Goldsmith kept the portraits.

Three years later, around the time Prince released “Purple Rain,” Vanity Fair hired Warhol to create an image to accompany an article entitled “Purple Fame.” The magazine paid Ms. Goldsmith $400 to license one of her 1981 portraits as an “artist reference,” agreeing to credit her and to use it only in connection with a single issue.

In a series of 16 images, Warhol altered the photograph in various ways, notably by cropping and coloring it to create what his foundation’s lawyers described as “a flat, impersonal, disembodied, masklike appearance.” Vanity Fair ran one of them.

Warhol died in 1987, and his foundation assumed ownership of his work, including the 16 images in what came to be called the Prince Series. Works in the series have sold for six figures, which is modest by Warhol standards. The foundation’s Supreme Court brief said that auction sales of Warhol’s work in the decade ending in 2014 exceeded $3 billion.

When Prince died in 2016, Vanity Fair’s parent company, Condé Nast, published a special issue celebrating his life. It paid the foundation $10,250 to use a different image from the Prince Series for the cover. Ms. Goldsmith received no money or credit.

Litigation followed, much of it focused on whether Warhol had transformed Ms. Goldsmith’s photograph. The Supreme Court has said that a work is transformative if it “adds something new, with a further purpose or different character, altering the first with new expression, meaning or message.”

In their Supreme Court brief, lawyers for the foundation asked the justices to rule that later works are protected under the fair-use doctrine whenever they add such a new meaning or message.

But that raises a host of difficulties. Who is to say what a work of art means? How much new meaning is required? And what should happen to what copyright law calls “derivative works” like film adaptations of novels?

In a brief filed last week, Ms. Goldsmith’s lawyers asked for a “holistic inquiry” balancing the four factors set out in the Copyright Act for assessing fair use. That approach raises a different set of questions, including whether the lack of clear judicial guidance would chill artists from building and commenting on the work of their predecessors, a practice almost as old as art itself.

The justices may, then, have no choice but to opine about the meaning of a portrait of Prince.

More than a century ago, in another copyright case, Justice Oliver Wendell Holmes Jr. said judges should be cautious where art was at issue.

“It would be a dangerous undertaking for persons trained only to the law,” he wrote, “to constitute themselves final judges of the worth of pictorial illustrations.”