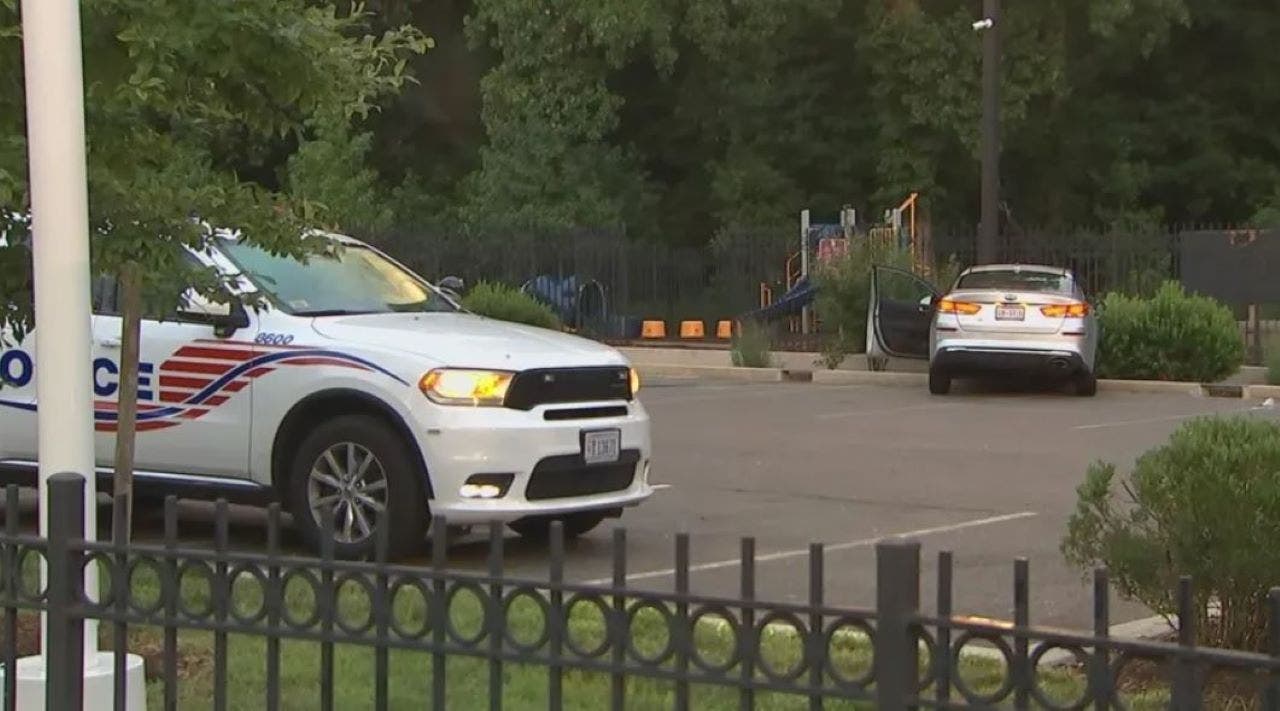 Police in Washington, D.C., say that a car that struck a 7-year-old child on Monday was being driven by an 11-year-old boy.

Police say the 11-year-old driver struck the 7-year-old in a parking lot near a playground in southeast Washington, D.C., around 6:41 p.m. on Monday evening, WTTG-TV reported.

The 7-year-old victim is hospitalized in serious condition with injuries that are not believed to be life-threatening.

The driver left the silver Kia that he was driving at the scene of the crash and fled on foot, according to police.

An 11-year-old boy has been identified as the driver in a hit-and-run that struck a 7-year-old in Washington, D.C.
(Fox 5 DC)

The victim, who was alert when police arrived at the scene, was airlifted to a local hospital.

The case is being reviewed by the local Washington, D.C., Office of the Attorney General.

A photo from the scene showed the Kia sedan stopped with its front tires over a curb close to a fence along the border of the playground.

Aerial View of the Washington DC at night
(iStock)

It remains unclear who owned the car that the boy was driving.

Washington, D.C., Metro Police told Fox News Digital that “no arrests have been made at this time.”

Andrew Mark Miller is a writer at Fox News. Find him on Twitter @andymarkmiller and email tips to AndrewMark.Miller@Fox.com.