Scientists believed that the Earth’s inner core was “solid”, but new research suggests that it may be closer to a porridge than a solid. 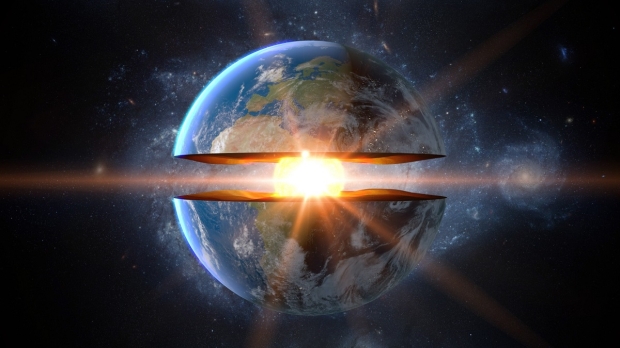 A new study published in the journal Physic of the Earth and Planetary Interiors on September 20 describes that the planet’s inner core can range from being hard to a semi-soft liquid metal. According to Jessica Irving, a seismologist at the University of Bristol in England and not involved in the aforementioned study, “The more we look at it, the more we realize that it is not a dull blob of iron. We find a whole new hidden world.“

As for the researchers behind the study, they measured the seismic waves created by major earthquakes. These earthquakes travel from one side of the globe to the other. By capturing these massive vibrations in the form of straight-line compression waves and undulating shear waves using special instruments, scientists are able to recreate an image of what the inner planet looks like.

Rhett Butler, a geophysicist at the Hawai’i Institute of Geophysics and Planetology, found that the earthquakes that were measured created inconsistent numbers. The shear wave data was supposed to represent the vibration that passes through a solid ball of metal, the Earth’s inner core, but was instead deflected in certain areas.

Butler said, “We have seen evidence that not only is it not soft everywhere; it’s really hard in some places. It has hard surfaces right up against molten or mushy iron. So we see a lot of details in the inner core that we did not see before.“

To read more about this discovery, check out this link here.