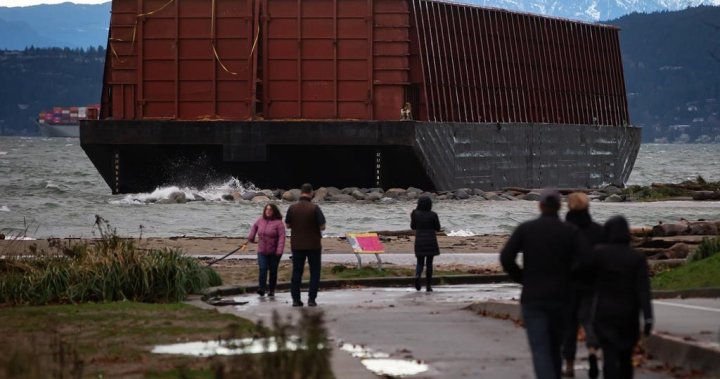 Work is finally underway in Vancouver’s English Bay to remove a huge barge that has been washed up on the beach for eight months.

A company has begun drilling piles into the shoreline to anchor the barge while it is cut apart and removed.

The city of Vancouver has said placement of the pilings is the first step in the removal process estimated to take three to four months to complete.

English Bay barge to be broken down and removed in pieces

The barge broke free of its moorings during a fierce storm and extremely high tide last November.

It washed up high on the sand and rocks near Sunset Beach, defeating all efforts to drag it free earlier this year.

Vancouver officials say the removal plan will ensure protection of sensitive marine habitats and has been developed in consultation with industry experts, partners and First Nation groups.