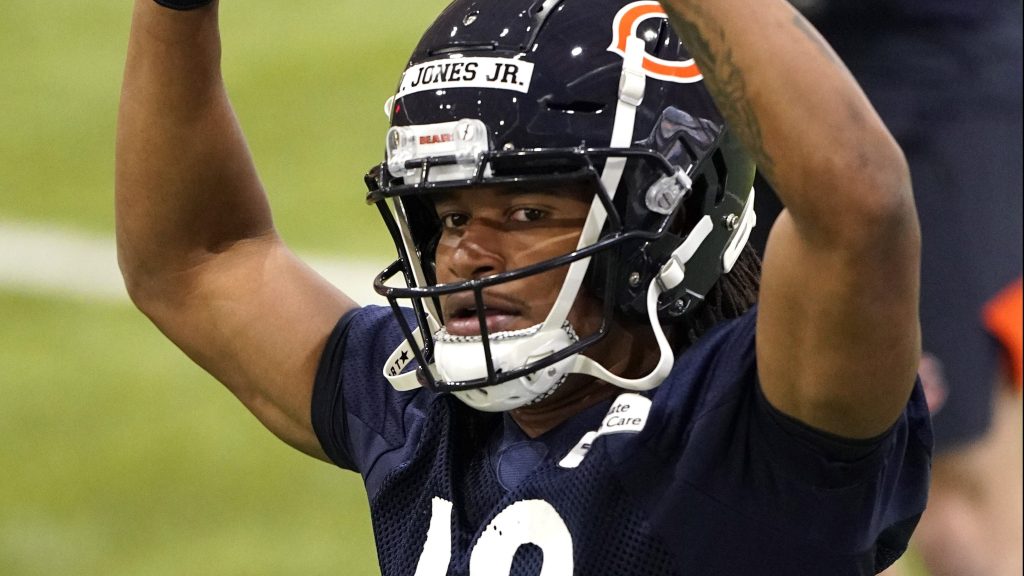 The Chicago Bears see a lot of potential in rookie wide receiver Velus Jones Jr., especially when it comes to his speed. The third-round pick out of Tennessee has the ability to take the top off a defense and it was evident during Friday’s training camp practice.

Jones showcased his speed and burst on a deep pattern early on in practice during team drills. Quarterback Justin Fields took the snap and faked a handoff to running back David Montgomery to set up the play-action pass. Fields then fired deep to Jones, who had easily beaten veteran defensive back Dane Cruikshank for the long would-be touchdown reception.

Fields and Jones have been establishing their chemistry all throughout camp and it appears to be paying off. The long touchdown pass was easily one of the best highlights of Friday’s practice.