We’re back with yet another stacked edition of our WWE News & Rumor Roundup, and as always, we take a look at some of the hottest stories going around.

We started the lineup with a rising star talking about possibly meeting Roman Reigns in the future. During the interview, he revealed that he would have no problem working for the tribal chief.

Over Monday night, a great talent was tipped to become a future world champion and it would be interesting to see if the premonition comes true.

Interesting concept art regarding a proposed mask for Alexa Bliss has also found its way onto the internet.

Charlotte Flair also continues to be one of the most popular names in pro wrestling, and another controversial backstage story involving Nia Jax has now emerged online.

We ended the WWE News & Rumor Roundup with a story about Vince McMahon’s epic backstage reaction to a Cruiserweight fight. 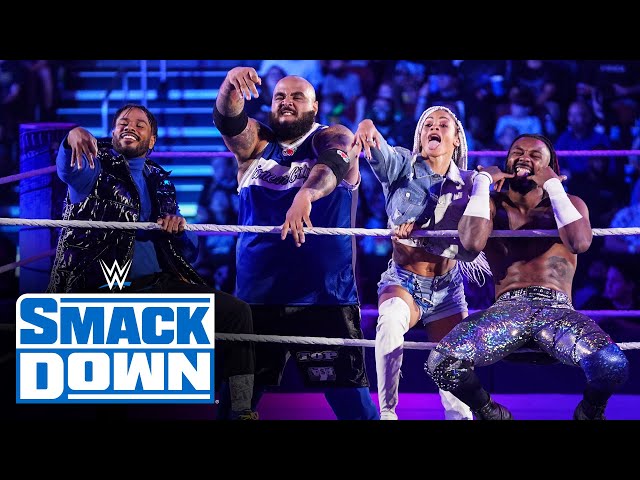 It looks like all the superstars want a fight with Roman Reigns, and some of them do not even mind losing to the tribal chief.

Top Dolla, aka AJ Francis, appeared in the ‘Jobbing Out’ podcast and revealed his desire to meet Roman Reigns at WWE SmackDown.

The Hit Row member admitted that he would have no trouble making the job of Roman Reigns, as stepping into the ring with WWE Universal Champion in itself would be a victory for him.

Top Dolla also mentioned the possibility of having a dream match with John Cena and noted how the promos that led up to their showdown would make it to TV to be seen.

Here’s what Top Dolla had to say about a potential WWE match against Roman Reigns:

Top Dallas is reportedly queuing up for a single-push, and his desire to win a fight with Reigns may become a reality sooner rather than later.