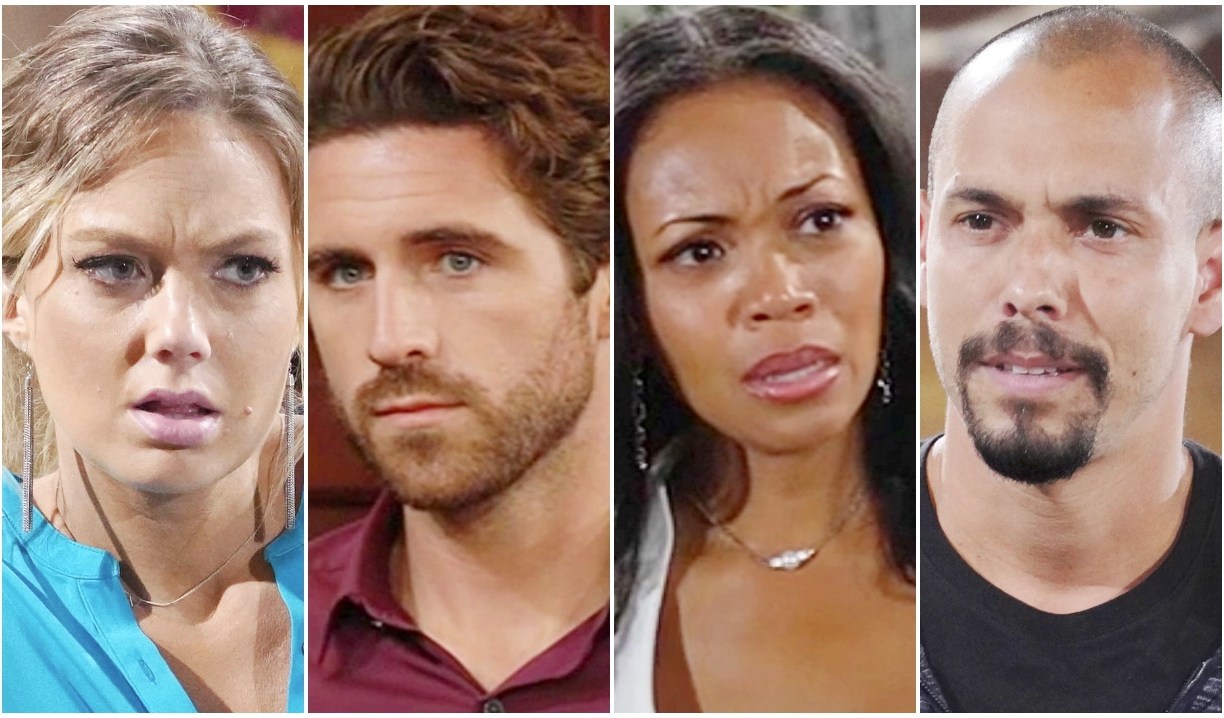 Young & Restless isn’t in a great place coming off the death of Ashland Locke, because they don’t have anything else happening on the canvas that is capturing the audience’s attention in quite the same way that the would-be villain did. Thoughts on the week:

Nick and Sally definitely have chemistry — I noticed it more than once during their scenes in the Newman Media office. The build-up for a fling/romance is there, what with Nick championing Sally’s cause with his family members, and Sally winning Nick’s respect by deciding to hold off on the Ashland story. And with Nick and Adam’s history, and Sharon in the mix, the potential here is significant. But will Young & Restless go there… or walk away from sure-fire drama yet again?

Phyllis and her band of not-so-merry mischief makers will undoubtedly come to regret trying to undermine Diane at work, a plot that has the potential to backfire spectacularly. As Ashley herself stated, “That’s a horrible idea.” Nikki has the least to lose in this scenario, but if the scheme is exposed or goes wrong, Ashley will look terrible for going along with a plan that could harm the business, and Phyllis could lose everything. If she sells the hotel to Lily, gets fired from Marchetti, damages her relationship with Summer, and Diane wins Jack, what then?!?

More: Why Phyllis’ risky move is destined to fail

Regarding this week’s throwdown between Phyllis and Diane, Red was totally over-the-top for the park but she wasn’t wrong. It’s beyond ironic to have Diane swooping in to save the day where Harrison’s bereavement is concerned when she deliberately put Kyle through that as a child. She was also was correct in calling Jack out for giving Diane the benefit of the doubt but not her. Jack is so easily manipulated emotionally that he’s an easy mark for Diane. Case in point, their close moment in the Abbott living room.

It wasn’t a big surprise that Victor turned down Noah’s pitch or that he then made one of his own for his grandson to return to the Newman fold one day. The conversation Noah had with Summer about the space at the Grand Phoenix made it pretty obvious that’s where his nightclub is going to end up. Allie, meanwhile, was unfazed by Noah’s warning about his grandfather/family, which was admirable… and to be expected. In fact, nothing unexpected is happening in this storyline. It’s dull. At their age, they should be up to their ears in drama. Instead, they’re acting like 50-somethings.

What In the Blazes?!?

Well, you can see what’s likely to happen with the Chancellor-Winters gang from a mile away. Amanda’s heading out of town for an extended time, Elena and Nate are fighting about Imani, and Devon and Nate are experiencing inter-personal tension again. The scene is set for Elena to go to Devon, looking for a sympathetic ear about Imani and Nate, and for them to end up in a clinch.

What I can’t figure out is why Young & Restless chose to play Nate and Imani’s growing bond totally offscreen via phone calls. It’s mind-boggling. Why not play it out onscreen so we can see it happening and Elena and others noticing in a way that makes us feel part of it and invested?

Circling back to the seemingly inevitable, is Devon *really* going to cheat on Amanda while her mother is in a coma?!? Man, not a good look for him or Elena, as this will be the third time that she’s cheated on a significant other in what, two years or so?

Anyway, if there’s cheating, there will obviously be fallout for Lily’s beloved “family” company, but will we also get our ‘who’s the daddy?’ twist this time?!?

Killing off Ashland Locke left Young & Restless in a bit of a lurch villain-wise, and it was felt immediately. Tuning back in after knowing he was gone-gone there was a feeling of letdown. At least he’s the gift who keeps giving in that we have an investigation that pits Chance against Abby’s family and could scupper their perfect union. I’d like to see it. Not because they aren’t an adorable couple, they are, but because we desperately need some soapy shake-ups.

Locke’s death is causing a brouhaha for the Newmans too, despite cover-ups being “old hat” for Victor and his offspring. Unless Victoria and Nick give up dear ol’ dad, they’re complicit in the crime. Nick, meanwhile, also has to contend emotionally — and perhaps legally down the road — with having been the one to end Ashland’s life.

More: Ashland investigation is an invitation

There’s also the Harrison side to this story, which did Diane immeasurable good in her quest to win Jack’s forgiveness, but which did Kyle no favors whatsoever. He just looked like a huge hypocrite as he shed tears about his son never being able to visit with “Father” ever again when he’d already cut the man out of the kid’s life.

P.S. It’s been good to see Kevin with something to do again with this case!

Per previews, Adam’s going to work with Jack at Jabot. Wow, this soap has become one big job swap! This will really stick in Victor’s craw, but I don’t expect Billy to be happy about it.

Trevor St. John of One Life to Live/Todd Manning fame has been cast as someone on Young & Restless. It’s all a big mystery so we don’t know whether he’s a recast or a new character. I’m hoping he’s a baddie that can fill the void left by Ashland. Find out who I think St. John might be playing here.

This is just my opinion. Feel free to join the conversation below.

CBS soap fans, check out the latest Bold & Beautiful couples update in the gallery below.